As an artist, I always strive to “capture the moment” – whether I am shooting a morning sunrise, an intimate portrait, or a live sporting event – composing the image in such a way that the viewer can actually experience both the intensity and emotion of the moment. 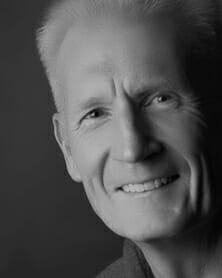 John is a fine art landscape photographer who specializes in capturing the beauty of nature. He has won multiple awards for his work and is a well-known mountain climber and hiker. Many of John’s landscape photos come from his personal adventures in the great outdoors, or as a colleague once said, John takes fantastic images. It’s just that none of them are below 10,000 feet!

In addition to his landscape and fine art photography, John is an accomplished sports photographer. He is an official photographer for the Acura Grand Prix of Long Beach, the Special Olympics, the World Police & Fire Games, the Rob Fukuzaki HUYF Annual Charity Golf Tournament, the ALS Association, Run-to-Remember LA, NCAA Sports, Nike, and various other organizations in the Los Angeles area. His commercial and editorial photographs have been featured in publications and online magazines, and his images have appeared in numerous advertising and marketing campaigns. John was also featured in 2021 as one of the top ten best event photographers in Los Angeles.

Born in the US Midwest, John has lived in Canada, spent time in Europe, and resided in Los Angeles since 2008.