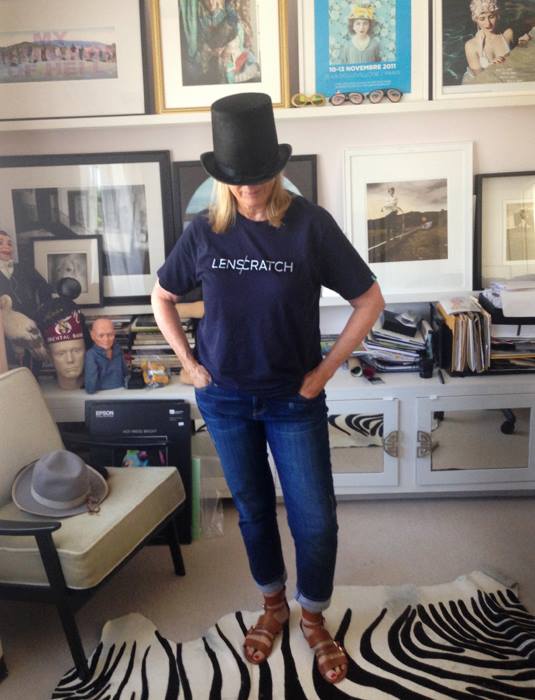 Working with John Bosma has been a complete pleasure. His devotion to his photography is evident in his stunning captures of place and people. He is a deep thinker and considers all that surrounds his work – from his client relationships to the presentation and articulation of his photographs. John is a photographer’s photographer deftly working easily in all technical aspects of the medium, but also brings an artist’s eye to his work.

Aline Smithson is an award-winning fine arts photographer with her work represented by galleries in the US and Europe. Her work has been published throughout the world. In 2014, Aline’s fine art photography was included in the prestigious Photolucida Critical Mass Top 50 Portfolios, and she also received The Excellence in Photographic Teaching Award (and Honorable Mention in 2012) from CENTER. She was nominated for The Santa Fe Prize in Photography in 2009. Aline has been teaching at the Los Angeles Center of Photography in Los Angeles since 2001, and at the Santa Fe Photo Workshops since 2012. She is a founding member of the Six Shooters Collective, the founder of LENSCRATCH; the Gallery Editor for Light Leaks Magazine, and a contributing writer for Diffusion, Don’t Take Pictures, Lucida, and F Stop Magazine. Aline juries competitions and curates exhibitions for numerous galleries, organizations, and magazines, including CENTER, Critical Mass, The Center of Fine Art Photography, and The Magenta Foundation. She has been a reviewer and workshop instructor at photo festivals across the United States. Aline is a key mentor and colleague. 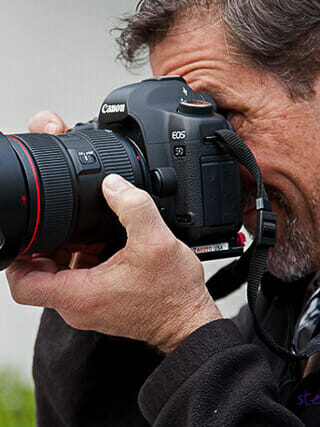 Freelance Photographer John and I crossed paths about seven years ago and from the first time I saw his photography, especially his landscape photography, I knew we’d stay friends and colleagues. I’ve spent years photographing primarily in the Eastern Sierras where I spend a lot of time so John and I have often seen the same scenes, yet his images always seem to resonate with me more than my own. He has a profound sense of light and composition and, in particular, the
nuances of what makes a particular setting worthy of dropping his tripod. That takes a special talent and I can say with certainty that he’s one of the finest landscape photographers in the country.
Todd Bigelow is a Los Angeles-based editorial, non-profit, and corporate photographer as well as an adjunct professor and founder of the Business of Photography Workshop. After working for five years as a contract photographer at the Los Angeles Times – and contributing to two Pulitzer Prizes – Todd began his freelance career working with a wide variety of commissioned clients, some of which include Sports Illustrated, ESPN, TIME, People, Newsweek, National Geographic Traveler, Smithsonian, Washington Post, Der Spiegel, NY Times Magazine, and Southern Poverty Law Center. Todd’s two-day Business of Photography workshop has become a professional standard for educating the next generation of photographers. For more info: Todd Bigelow Photography
Show more
Show less 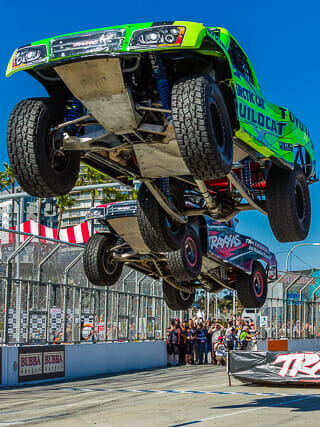 From his remarkable fine art landscape prints to his “get the shot” sports photos, John Bosma captures every candid and spontaneous moment. Through his lens, he catches glimpses of moments that are both breathtaking and unforgettable. Previous events photographed include the Acura Grand Prix Long Beach, Nike, Special Olympics, World Police & Fire Games, NCAA Sports, and the Crossfit Games. From the day of the event thru post-production, John emphasizes quality and detailed moments for the best images possible, all the while making it easy for clients to view the final images via his online gallery service.

One of the largest media capitals of the world, Los Angeles is not only home to influencers and other social media gurus – some of the world’s leading production and entertainment agencies are headquartered in the heart of Hollywood. The city’s call for creative individuals is what makes Los Angeles such an attractive city. And the artists behind the cameras are vital elements in showcasing the city’s amazing landscapes and its extravagant galas, fashion shows, and movie premiers. Los Angeles event photographers are well-versed in both digital and print photos and hold a passion for visual storytelling. Here’s a rundown of some of the city’s best talent. 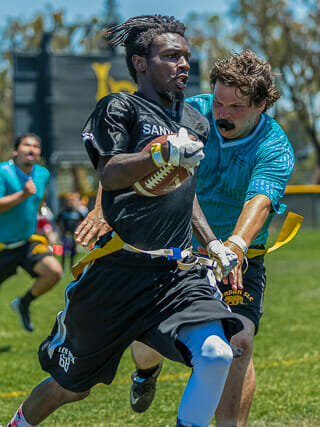 John Bosma has a tremendous eye for capturing the moment – both action and candid – that tell a story. For an organization like Special Olympics SoCal, quality media is essential to our capacity to highlight the capabilities and determination of our athletes as we promote a message of inclusion to the greater community. John’s work does all this and much more – his work is matched by his level of professionalism.

Special Olympics Southern California provides year-round sports training and athletic competition in a variety of Olympic-type sports for children and adults with intellectual disabilities, giving them continuing opportunities to develop physical fitness, demonstrate courage, experience joy and participate in a sharing of gifts, skills and friendship with their families, other Special Olympics athletes and the community. 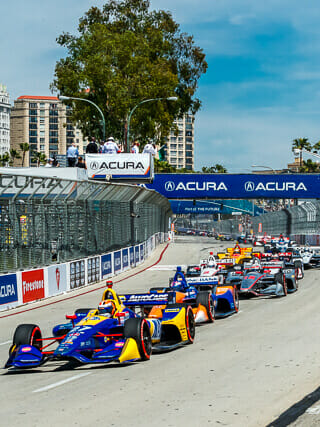 Chris Esslinger Director of Communications John has worked for the Acura Grand Prix of Long Beach for the past decade and has provided us with thousands of high-quality photos – racing and non-racing – for use in our collateral materials and website. I would highly recommend John for any and all photographic needs. The Grand Prix of Long Beach is one of the longest continuously-running events in Indy car racing and is considered one of the most prestigious events on the circuit. Christopher Pook is the founder of the event. It was the premier race on the CART/Champ Car calendar from 1996 to 2008, and the 2008 race was the final Champ Car series race prior to the formal unification and end of the open-wheel “split” between CART and IRL. Since 2009, the race has been part of the unified IndyCar Series. For more info: Acura Grand Prix
Show more
Show less 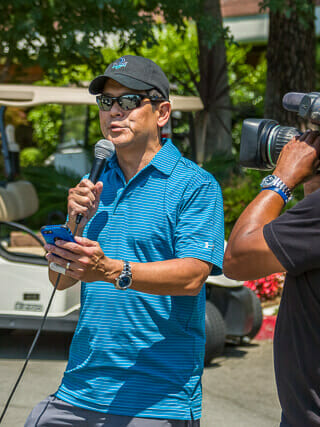 ABC7 Sports
Charity Golf Tournament We highly recommend John Bosma for event photography. John is such a delight to work with. He has been our photographer for many years, he is a hard worker, professional and knows how to make people feel comfortable in front of the camera. Photography is such a critical component to any event in capturing your memories forever. Thank you, John, for your outstanding service! Rob Fukuzaki is the weekday sports anchor for ABC7 Eyewitness News, as well as host of special sports programming like Slam Dunk, Chargers pre- and post-game shows, and Saturday Night Sports. When Rob joined ABC7 in 1994, he became the first male Japanese-American TV anchor in Los Angeles local TV News. Since joining ABC7, Rob has done a great deal of work for the community, hosting charity events and emceeing benefit dinners. In 1996, Rob founded the Heads Up Youth Foundation (HUYF), of which Rob is the chairman and his wife Sharil is the executive director. The goal of the foundation is to help disadvantaged youth in Southern California. Some of the highlights of the HUYF work: providing low-income schools with backpacks, school supplies and shoes, building a science lab and reading centers, plus providing scholarships for Foster Youth attending college. The HUYF Annual Charity Golf Tournament is the primary fundraiser event each year. For more info: Heads-Up Youth Foundation
Show more
Show less 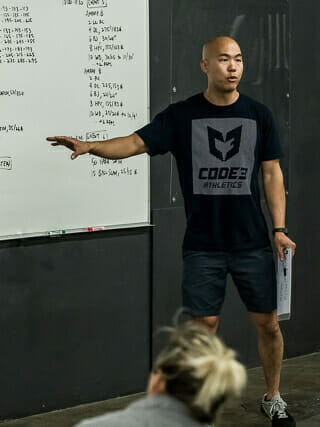 Code 3 Athletics
Event Photography John’s contribution as Code 3’s staff photographer since 2012 has been instrumental in our gym’s success over the years. His fine attention to detail, tireless work ethic, and artistic eye for capturing the drama and action of human movement has helped us showcase our facility, competitions, and members, and build a reputation of quality and consistency. John brings a ‘fine arts” style of shooting to the
CrossFit community and his work stands out starkly against the iPhone pictures or overly edited work that most people are used to. His masterful use of lighting is especially apparent in his event photos, and the quality of his work is immediately noticeable by all. He manages projects solely from start to finish, including collaborating on venue design and lighting, equipment set up, shooting, and editing. John has proven time and time again that he is able to take an idea and execute it at the highest of levels. He stays on top of all of our events, traveling to local and national competitions in order to get the job done.
Daniel Wu is the Co-owner of Code 3 Athletics in Los Angeles and a Firefighter/Paramedic. After having operated as CrossFit Code 3 since its inception back in 2011, the expansion to Code 3 Athletics in 2014 positioned Code 3 as a “next-generation” fitness facility and leader in elite fitness training. Daniel has steered both the rebranding and the programming transitions at Code 3. The Code 3 logo has become one of the most recognizable brands in the CrossFit community, with thousands of shirts, hats, and other forms of apparel sold worldwide. Having a comprehensive media strategy has been an essential element of rebranding Code 3, and Daniel and I continue to develop creative ways of lighting/shooting events, high-quality promotional materials, and innovative media campaigns. Daniel’s willingness to experiment with photographic techniques and lighting methods – even turning the entire gym into a gigantic studio – has been amazing. For more info: Code 3 Athletics
Show more
Show less 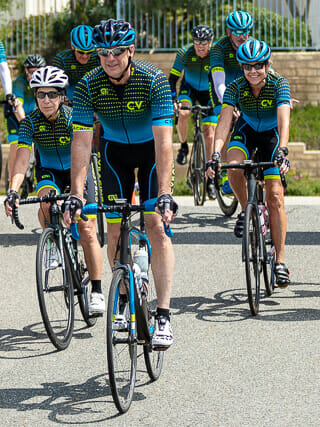 Gillian Wallengren Community Outreach Coordinator It is such a privilege to have John Bosma photograph our events at the ALS Association Golden West Chapter. From charity golf tournaments to cycling events and awareness walks, he truly captures the essence of every event. As a non-profit organization, it’s crucial for people to understand the importance of these events and John’s photography helps shine a light on our vision: creating a world without ALS. The ALS Association is at the forefront of the global research effort to find treatments and a cure for ALS. In the past decade, major changes in the pharmaceutical industry and the drug development landscape have taken place. The ALS Association also helps patients and families cope with the day-to-day challenges of living with ALS by providing information, resources, and referrals to many sources, including a wide variety of community services. For more info: ALS Association
Show more
Show less